Let us get down to some specifics. The United Nations is currently canvassing through an open consultation process, proposals for the Indicators that the world will adopt to measure progress of the Sustainable Development Goals.  Inputs have come in from governments and from civil society, the academia and private sector. For the first SDG, zero poverty is the goal and the first indicator is proportion of population living below $1.25/day.  It used to be 70 cents/day by the way, then it became a dollar/day, now it is $1.25/day.  Apparently, poverty can only be measured by the dollar and when the dollar loses value in the global currency market, poverty has to shift to align with the value of the dollar, rather than risk more Americans falling below the poverty line. Who cares if the currency of African countries has lost up to 50% of its value in the time under review?  Anyhow, a number of countries and interest groups have commented on this indicator. The Africa IAEG has already expressed concerns that the disaggregated employment status may be difficult for the national statistical systems of its members states to collect. That already means that the entire continent is placed at a disadvantage and at risk of falling dangerously behind in account of this factor. No prizes for how African countries will fare with this indicator.

Then there is the question: How is $1.25/day as cost of living actually measured? Is it measured by disposable income, cash earned per day, value of expenditure/consumption per day? Does it include access to in-kind resources that might have no corresponding value of measurement in western terms, such as food items ‘paid’ by persons farming on family land? Does it take adequate cognizance of persons who ‘live off the land’? How do we measure the dollar value per day of child care offered by a grandmother whose daughter is returning to school, engaging in petty trade or subsistence farming? How do we compute the monetary or dollar value of a meal of yams, vegetables and snails all sourced at the farm when compare with the dollar value of a meal bought in a supermarket in the West? How about consumption of organic food? Shouldn’t a meal of organic corn and ube eaten on the farm in Ughelli be valued higher than a meal of preservatives-laden TV dinner eaten in a cramped high rise apartment in New York? Or does it only matter when those organic food items are produced by multinational corporations quoted on the London stock exchange?

How do we address the question of national definitions of poverty? What are we to do with target 1.3: ‘percentage of population covered by social protection floors… pensions… benefits…’, as these do not leave any room for the measurement of family-derived social support, pensions and benefits – e.g. the grandmother mentioned earlier, for whom quality of life is significantly better living with her daughter and grandchildren than living alone? Perhaps we should quantify living with the extended family as a high index of quality of life even though it is difficult to quantify, rather than living in a state-funded home for the elderly, which costs the State tens of thousands of dollars?

Any way we slice it, it would appear that the main thrust of the indicators for the SDGs (as it was for the MDGs), is policy-driven, culturally-skewed, working towards the goal of straight-jacketed, conveyor-belt, mass produced, western- interpreted responses that do not leave enough room for existing non-western cultural responses to social issues. Instead, the indicators that are fashioned appear to be designed to undermine, frustrate and invariably destroy those cultural, family-based responses and place the welfare of individuals in the hand of the State. When we look at the western model of social welfare, what can we learn from the shifting of welfare from the family to the State and the inevitable shift in loyalty that goes along with it? What are we learning from the shift of the responsibility of child rearing, child discipline and social emancipation from the family to the State in the United States, for instance? This is the time to review the rules and parameters, engage and debate these issues before the SDG indicators are finalized and foisted on us all. If not, the results are already quite apparent and let’s face it: no one will need to guess who the winners and losers are going to be. After all’s said and done, the big question really is: “How culturally neutral are these indicators?” 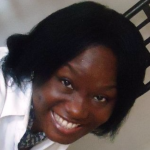 Oluwafunmilola Babalola is an international development executive, social change catalyst and Commentator. She is Managing Editor of Feelnubia.com, a forum for the virtual cultural agglomeration of people of African descent. Feelnubia is a member of Global Health South. To contact her, please send an email to: funmilola@babalola.com